Cliff and Florence Hanson with children, left to right: Neil, Donald and Lois.

Clifford T. Hanson (1919-1999) was a pastor in the United (Danish) Evangelical Lutheran Church. He taught philosophy and religion at Dana College, served as acting dean of the college in the late 1970s and was the first to be named vice president of academic affairs.

Florence Hanson, who was an associate in ministry at First Lutheran Church in Blair for several years, was involved with numerous civic organizations and served as campus hostess for many Dana College functions. This article describes how she completed her degree as an older married student.

The burned edges on Cliff Hanson’s classroom notes (for a lecture on Søren Kierkegaard) is one of many documents that were rescued from the Old Main fire of 1988. The DAAL houses several thousand similar documents. 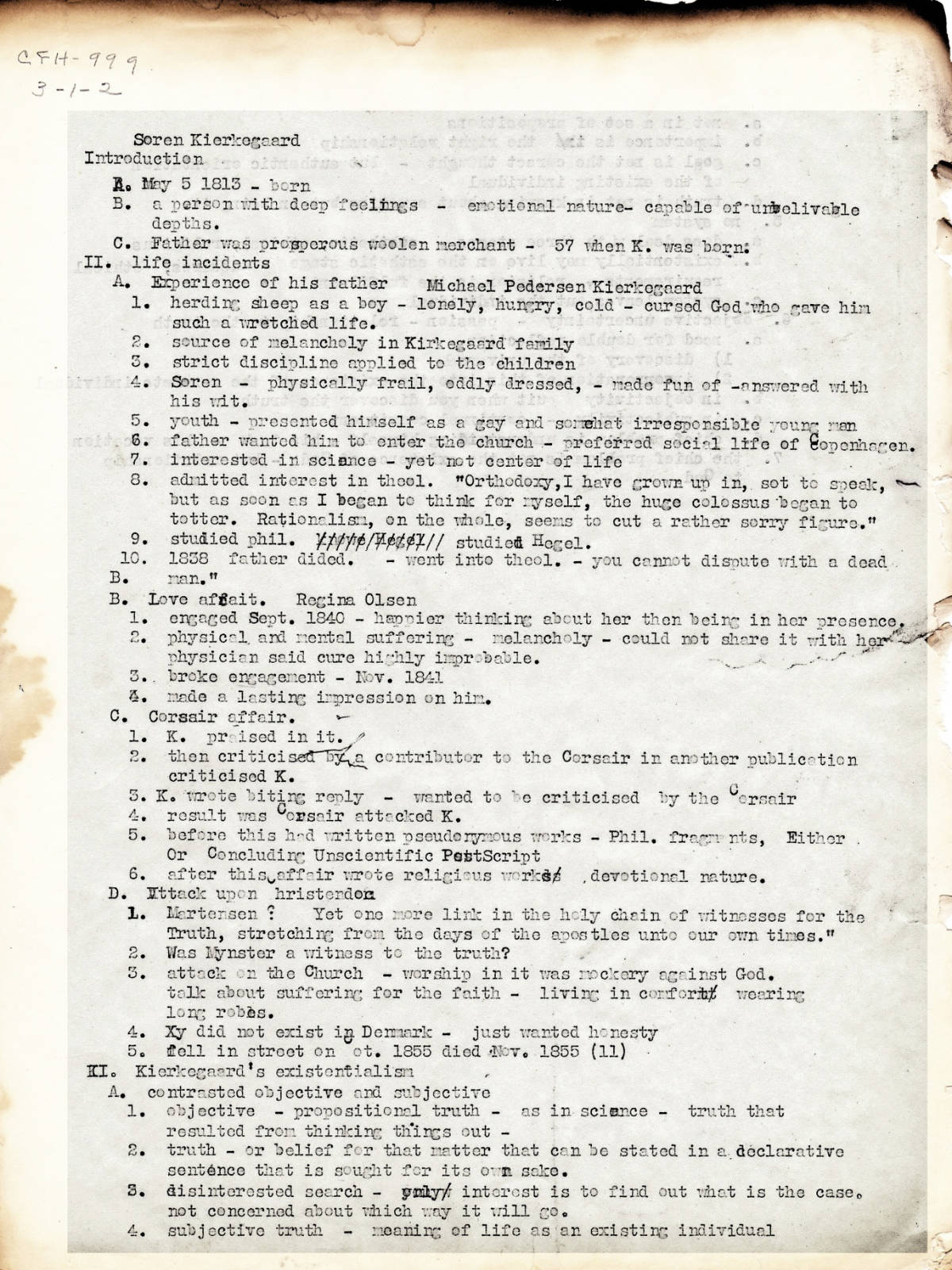